Republicans must accept US change 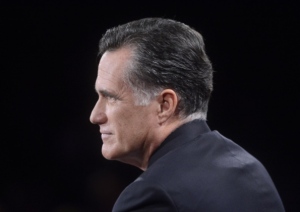 Mitt Romney: attacks from his own party. Picture: Getty

AFTER keeping their divisions tightly under wraps during the election campaign, Republican disagreements sprang to the surface in the days after their  election defeat. In television appearances, tweets and blogs, Republicans of every shade aired their analysis of what had gone wrong.

Tea Party members attacked Mitt Romney for being insufficiently conservative, failed presidential candidate Herman Cain called for conservatives to split off and form their own political party and renegade billionaire Donald Trump called for “a revolution in this country”.

How the Republicans emerge from this period of soul-searching essentially comes down to how they view their defeat: was it  because they were too right-wing or not right-wing enough?

In the longer term, the  Republican Party must face up to the fact that it has two fundamental problems to overcome: demographics and demagoguery.

The demographic shape of America is shifting dramatically. By 2042, whites will no longer be a majority in the US. Latinos are the fastest-growing demographic in  the US, and if Republicans are to win the presidency in future, they need to re-examine their position on immigration reform, which has  alienated Latino voters.

The second problem is demagoguery. The issues that fire up the Republican base, such as tough views on immigration, and opposition to abortion and gay marriage, turn off a large and growing segment of the American electorate, especially young voters and working women, who voted overwhelmingly for Obama. These are voters the Republicans need, but the tone and content of many of their policies are driving them away.

Insiders say the party will soon go through its own demographic shift, which they say will provide a generation of candidates more in touch with today’s electorate.