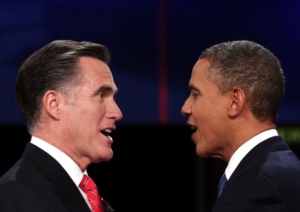 The towering Manhattan skyline recedes into the distance as the Staten Island ferry churns through the water past the Statue of Liberty. The ­tourists are all out on deck, clamouring to get the best shot. The natives stay inside where they pass the 25-minute journey chatting, napping and playing with their iPhones.

Sitting in the ferry’s cavernous interior, Jack Jackson is wearing an “Obama 12” badge on his lapel. Last election, Barack Obama badges were everywhere. This year they are harder to spot. With just 23 days to go until the presidential election, polls show that the race is tighter than ever.

Jackson believes the election will be significantly different from 2008. “Obama is not going to turn out the vote, especially young people, like he did last time. That was an historic event. This time we have a country which is bitterly divided,” he says. “I’m going to vote for Obama, not because I’m black but because I believe he is the candidate who can bring us together and take us from where we are to where we need to be.”

But after four years in office marked by economic stagnation, disappointment and a spiralling budget deficit, Obama has his work cut out if he is to persuade America to give him another chance.

At the beginning of this month, Democrats thought they had this election in the bag. The polls had shown Obama in the lead for months and Mitt Romney’s campaign seemed to be imploding. But then, watched by 67 million Americans, the Republican challenger gave the performance of his life in the first televised presidential debate. Overnight the polls showed Romney pulling level or edging ahead of Obama.